Fresh from my inbox…. looks like a good event for all you Deleuzians that are interested in aesthetics

On Feb 7-8, 2014, the Program in Moving Image Studies at GSU will host the second Rendering (the) Visible Conference, on the theme of “Figure.” At this time we would like to remind everyone that the September 20th deadline is fast approaching and hope you will make plans to join us in Atlanta. We are also happy to announce our keynote speakers will be Pasi Väliaho, author of Mapping the Moving Image (Amsterdam UP, 2010) and Anne Anlin Cheng, author of Second Skin: Josephine Baker and the Modern Surface (Oxford UP, 2010). In addition, the conference’s opening night will feature a screening of video and new media art from the figural perspective of the screen, curated and introduced by Professor Timothy Murray, Curator of Cornell University’s Rose Goldsen Archive  of New Media Art and author most recently of Digital Baroque: New Media Art and Cinematic Folds (University of Minnesota Press, 2008).

The 2014 edition of Rendering focuses on contemporary theories of visuality, as they move their focus toward process and away from representation, the notion of the Figure (or “the figural”) has become increasingly important. Emerging in French philosophy in the 1960s, the figural reacts against the notion of the “figurative,” or the representational fixity of an image; the figural refers to that which induces discord within any closed system of signification, by way of forces, energies, or intensities. This idea is taken up by Deleuze as “the Figure” in his work on Francis Bacon, where the Figure is that force of deformation which pushes the image away from the cliché which continually haunts it. The Figure thus moves our attention toward gesture, rhythm, modulation, and resonance within –and at the edges of– the moving image, whether we’re talking about Eisenstein’s neuro-aesthetics or the dynamic assemblages of first-person shooter games.

This conference, thus, seeks to encourage a wide-ranging discussion of how the Figure might provide new avenues for thinking about contemporary media, as well as for reconsidering the history of the moving image in the 20th century. We invite papers that mobilize the concept of the Figure in the exploration of any visual medium. Possible areas of investigation (or experimentation) might include—but are not limited to—such issues as:

* The “aesthetic event,” and its connection to catastrophe, the accident, the mark, the spasm

* The Figure in relation to movement, animation, “non-organic Life”

* The Figure in relation to recent thinking about political affect, aesthetics, and sensoriality

* Connections to aesthetic theorists of modernity, such as Benjamin, Bataille, etc.

The Rendering (the) Visible conference encourages interdisciplinarity and experimentation in the study of visuality and moving image media. We are also open to projects that play at the intersection of theory and practice.

Send paper proposals (300–500 words), including 3-5 bibliographical sources and a brief biography, by 20 September 2013 to movingimagestudies[at]gmail[dot]com. Queries can be sent using the “contact us” page on our Website http://movingimagestudies.com/ or directed to conference organizers Angelo Restivo, Alessandra Raengo, or Jennifer Barker (e-mail addresses available at http://communication.gsu.edu/movingimagestudies). 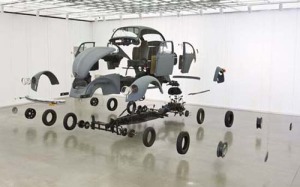 I think at one point, I was going to post this photo in relation to Deleuze’s articulation of time, via Leibniz (to some degree); the way in which he discusses the syntheses of time in the Cinema books; as well as the excellent cartoon of the converging narratives at the site of the ‘event’ in the Three Novellas in D & G’s ATP. At the time I was reading Difference and Repetition and was equally captured by his articulation of the third synthesis as potential, the virtual contained within the current state, regardless of its visible characteristic.

But now, having finally (FINALLY) finished D & R, I feel uncertain how Deleuze truly feels about Leibniz’s conception of the event/time. It seemed that he was not quite, but almost, dismissing the account of convergence upon one event, as it seemed to locate all focus upon the one element, which has the effect of effacing the pure difference that Deleuze is trying to hold onto. I think ultimately, for myself, focusing on the event directs the lines to one location still seems helpful, but within that recognition of the singular site/event, it is important to remember that it is but one point among countless others; and within the event, each person has their own horizon/positionality (ideological, physical, emotional) that they bring to bear on that understanding. I guess it still is reduced to representation, but it still seems like a fruitful way of conceptualizing an exterior event in relation to ourselves and our place in the world.

Of course, ultimately, I do not recall, what, precisely, made me thinking of Damian Ortega’s Cosmic Thing in relation to Deleuze. What I do know, I was entirely captivated by something D had written, which made me think of this piece. I could likely retrace the connections, but I think I’ll just throw this unfinished thought out into the world and keep moving.

One two different fronts I’m engaging Deleuze and Deleuze and Guattari. In my reading group, I am rereading Anti-Oedipus; with my co-conspirator, I’m slogging through Difference and Repetition. I’m sure this intense intellectual preoccupation has nothing to do with the fact that I’m reading D and D & G in nearly every essay on Photography…

Take, for example, Man Ray :
“For what can be more binding amongst beings than the discovery of a common desire? And what can be more inspiring to action than the confidence aroused by a lyric expression of this desire? From the first gesture of a child pointing to an object and simply name it, but with a world of intended meaning, to the developed mind that creates an image whose strangeness and reality stirs our subconscious to its inmost depths, the awakening of desire is the first step to participation and experience.”

“No plastic expression can ever be more than a residue of an experience. The recognition of an image that has tragically survived an experience, recalling the event more or less clearly, like the undisturbed ashes of an object consumed by flames…”

or maybe even this:

“Each one of us, in his timidity, has a limit beyond which he is outraged. It is inevitable that he who by concentrated application has extended this limit for himself, should around the resentment of those who have accepted conventions which, since accepted by all, require no initiative of application. And this resentment generally takes the form of meaningless laughter or of criticism, if not of persecution. But this apparent violation is preferable to the monstrous habits condoned by etiquette and estheticism.”

What seems more germane is perhaps the spirit in which Man Ray is writing, one that embodies the same spirit of Deleuze (and yes, Guattari too, but I find I respond more to D’s thinking in general.) In each case, each quote recalls moments of the above two texts I’m reading. As Deleuze puts forward a new kind or orientation towards the material world, the virtual and pure difference as a way to get outside of a dogmatic image of thought, D & G continue this orientation through schizoanalysis and the embrace of the schizo’s way of moving through the world. Both instances argue for a need to move beyond representation and the eventual labeling and categorization that makes the adoption of habits or the ‘illegitimate’ synthesis so damaging.

Regardless, it seems that everywhere I look, I see the spirit of Deleuze’s thinking. As I was talking with my friend last night, finding these ‘minor’ voices/positions seems like a pretty productive line as I pull together the dominant lines of the history of photographic discourse.

Yet again. Still. Continuing a line… I seem to be stuck in this photographic line that will inform a key argument in my dissertation topic. Going into the dissertation, I knew that photography would be important to the topic. I mean, Google Street View is a veritable photographic plane. Within the last month or so, however, I’ve come to realize how important the history of the photographic discourse will be in relation to not only an organization of user practices, but also the conceptual framework in which to locate my own critical voice. Previously, I was trying to give the uses of GSV adequate attention, and I found that my voice got in the way. But keeping it out seemed like too much ‘reportage’. And while I appreciate Latour’s work and what it has to offer, I think I was too close to ‘letting the actors speak’, part of a larger problem of Methods. I still think it’s important, but I found myself sitting in front of pages and pages of text saying, ‘so?’, and unable to write anymore.

I think it was an article by Sekula that I happened to come across, along the line of ‘invention of photographic meaning’. I don’t know why I was reading it, but it was in a collection of essays in a book that needed to go back to the library. I was already thinking about the concepts that were being challenged by using GSV, the truth claims of the photograph, conducting research based on the photograph, who was the artist in the artistic uses of GSV, etc. Since I was already familiar with the history of photography, I knew that there has been persistent discussion of the veracity of the photograph, as well as its uncertain status as a ‘fine art’. So when I ran across this essay by Sekula- suddenly everything started to fall into place and how the user practices could be organized along the documentation line and the fine art line.

But then. What really helped things fall into place was recalling one of the dominant points of What is Philosophy, and the importance of the philosophical, scientific and artistic planes. Each discipline has its own unique plane and concepts, but each inform the other planes in different ways. The result is not a hybrid, of course, but rather points of intersection in which each of the planes takes up the problem in different ways. Both the scientific and artistic plane has taken up the problem of GSV in its own unique way. My project thus takes up the problem on the philosophic plane. In true fashion, this problem has no solution. Solutions can be found of course, but what fun would that be, and what would that say about the question posed?

Of course, I started this post thinking I would talk about a quote by Strand, in which he describes Stieglitz’s photographs, and his description has remarkable resonances with Deleuze’s articulation of pure difference, or the haecceity. But the problem: the photograph is a representation of that moment, not the moment itself. So instead, I’ll bookmark this thought and elaborate in part 2.

Blogs: in no order.

To be is to become and becoming is being

Pluralism and Individuation in a World of Becoming

THE FUNAMBULIST MAGAZINE
The Disorder Of Things

For the Relentless Criticism of All Existing Conditions Since 2010

Ideas, opinions, maybe worth what they're printed on. YMMV.

For Another Critique of the Pyramid

all about energy and cities

the blog of the urbanarchives.org

harmonizing in the radiance of drift and doubt

Explorations in the Paradoxes of Meaning

An experiment in transversal communication

Archive blog. For the new one go to http://richardjwilliams.net/

"The centaur of classical metaphysics shall be mated with the cheetah of actor-network theory."

the culture(s) of cities... space, time and urban everyday life

Path to the Possible

Democracy toward the Horizon

Tell me about your desiring-machines

Exploring how we create an enhanced user experience in leisure, retail, urban and landscape environments and collaborate together to build our common future